Staycation 2020: Your Guide to Twillingate, Newfoundland

Hi guys! As I mentioned in my last post, Covid has forced us to be tourists at home this year. We are now officially back from our staycation and I can’t wait to share it with you guys. I’ve decided to break it down into regions to make it easier for anyone who may be searching for ideas from Google. First up.. Twillingate!

I’m not sure if I visited Twillingate when I was younger but this was my first trip there as an adult. Twillingate is  an island located off the northeastern coast of Newfoundland that is connected to the mainland by a short causway. The population of Twillingate is roughly 2200 people but they normally see tens of thousands of visitors during this time of year. Our friends who traveled with us have been there previously and remarked on the noticeably quieter streets in town this year.

WHERE TO STAY IN TWILLINGATE

We stayed at Cricket Field Cottage, which we booked privately but is available on AirBnB. As we were traveling with our dog, we had to find a pet friendly place that could accommodate four adults. While this place was a little small, it was nice and quaint. We were able to sit out on the front deck and see the ocean, which is always a bonus. The beds are a bit on the small side, but I was very grateful that the rooms each had a fan to accompany the ocean breeze from the window!

Our bedroom at Cricket Field Cottage

Bedroom door .. how cool is this whale?

Other AirBnB Options in Twillingate..

The Drift Away Suite is located on the main road next to the brewery and market and has a gorgeous loft and ocean views.

Cozy Cove Chalet has amazing ocean views and would be perfect for families or groups.

The ocean doesn’t get much closer than at Grandma J’s Oceanfront Home.. wow! Also, this place is so cute that I’d like to move in there. That claw foot tub! The shiplap!

This place is called The Museum and it looks so cool! A traditional salt box style house with more of those gorgeous ocean views.

There are a ton of options on AirBnB for Twillingate (and surrounding area) as it’s such a popular tourist location but be warned.. they tend to book up quickly during the summer! I highly recommend booking as soon as possible. Even without the out-of-province tourists, we lost our original location due to not booking it fast enough.

Use my link to get a discount on your AirBnb!

WHERE TO EAT IN TWILLINGATE

Sansome’s Dockside Dining is located shortly outside of Twillingate in a community called Hillgrade. We heard great things about this place and we were not disappointed! It doesn’t look like much, but the views are worth looking past the decor. We ate inside as it was raining but the ocean was directly outside the window. If the weather is nice, you can eat on the deck which is actually over the ocean. The service was excellent, the prices were unbeatable, and the seafood was good. We started with calamari, and I had the seafood chowder (which was so full of seafood that it actually filled me up) and a lobster kaiser. Jordan had fish and chips with gravy. All that, plus a beer and a soda came to approximately $60 with tax, which is quite affordable for the amount of food we had.

Fun fact: they have a “pet” seagull named Tilley who would have gotten the remnants of my lobster roll if the crows didn’t get there first.

The view from our table!

The first of many calamari.. and probably my favourite!

Lobster on a kaiser

Annie’s Harbour Restaurant couldn’t accommodate us the first night we arrived for supper, but we came back for lunch the following day. It was a nice day so we were able to eat on the deck, but they have inside seating as well. We had calamari to start, and I had the “screechin” chicken and fries, while Jordan had the shrimp and fries. I rarely order chicken in a restaurant but the Newfoundland Screech and brown sugar sauce sounded delightful (plus I had seen a good review!). The chicken was incredibly tender and tasty, albeit a bit sweet for my tastes. Service was a little slow here but the food was good so I’d still recommend it! They also carry Split Rock beer, just in case you don’t make it to the brewery! Lunch for two was roughly $55 with soda and tax.

Crow’s Nest Cafe is located in Crow Head, just before you get to the lighthouse. We went there for lunch on our first day. They have a couple tables inside and outside, but we opted to take our food back to the AirBnB. They had one or two panini options, soup, and a ton of desserts. Myself and Jordan both picked up the chicken and sundried tomato panini and shared slices of cookie dough cheesecake and salted caramel cheesecake. We were also able to get good lattes there!

The view from outside the Crow’s Nest Cafe

We didn’t make it to Georgie’s Restaurant but the menu looked good and a local resident highly recommended the fish tacos.

If you visit after 2020, I will also suggest Canvas Cove Bistro. Sadly they have chosen not to open this year due to Covid-19, but the photos of their food look amazing and they come highly recommended.

Lightkeeper’s Fudgery and Gift Shop is located just before the lighthouse. We popped in and grabbed some fudge while we were there. They also have a gift shop with souvenirs as well as a variety of ice cream.

Speaking of ice cream… you must go to Lickety Split and get a partridgeberry sundae or a bakeapple sundae.. or BOTH. I had the partridgeberry and the tanginess combined with the sweet ice cream was amazing. Jordan had a Butterfinger flurry which was also good but trust me on this one.

The menu at Lickety Split

WHAT TO DO IN TWILLINGATE

Split Rock Brewing Co. is one of the main reasons I wanted to visit Twillingate. I’m loving all the craft breweries that are popping up over Newfoundland and I have previously tried and loved their sour beer. Sadly, they had no sours available from their Sour Patch B’ys line up while we were there. However, I did try and enjoy the Combines Ale which was a nice alternative. They also have bar food food available at the Stage Head Pub but we didn’t eat while we were there.

Auk Island Winery is an incredibly popular tourist destination in Twillingate. While the wines are not personally my favourite, I know the tourists cannot resist “Moose Joose” and “Funky Puffin”. You can do a tour and/or tasting for roughly $10-15 depending on the number of samples. They also have a gift shop and restaurant on site.

The Twillingate Artisan Market is my favourite type of store. It sells a variety of products made in Newfoundland, everything from scarves to shot glasses and suncatchers to sea salt. I went home with some Newfoundland Beer Vinegar, an iceberg magnet and a shot glass from Saucy Pots Pottery.

Long Point Lighthouse is incredibly scenic and offers panoramic views of the ocean. We didn’t go inside the lighthouse but they had a Titanic exhibit which sounded quite interesting.

Isles Wooden Boat Builders Museum & Workshop isn’t necessarily a place I would have visited myself, but our friend wanted to go and it was actually quite interesting. The downstairs of the buliding is the museum and upstairs is a wooden boat workshop. We talked with the local boat builder who taught us how he builds wooden boats. Each year, they sell tickets on a boat that he builds to raise money for the museum.

A boat in progress

Back Harbour Beach was where we spent a few hours relaxing while we were in Twillingate. The water is freezing but it has a nice pebbled beach that felt private. We were able to take the dog there for a swim off leash which she thoroughly enjoyed!

Twillingate has a number of hiking trails, which I recommend you check out here. We had hoped to do a hike but we were limited with time and it was way too hot on the full day we had there.

Last but not least.. Twillingate is well-known for its icebergs and whale watching! If you aren’t local to Newfoundland, this is a must-do. Along with ice bergs and whales, you may also see puffins, dolphins, and a variety of sea birds.

With only 1.5 days in Twillingate, we tried to fit as much as we could into our limited time. Sadly we had to miss out on some things but that gives us the perfect excuse to go back again next year!

Have you been to Twillingate? If so, please leave a comment below with your best suggestions for anyone who may be visiting the area!

Previous Where I’ve Been…
Next Ferryland Lighthouse Picnic 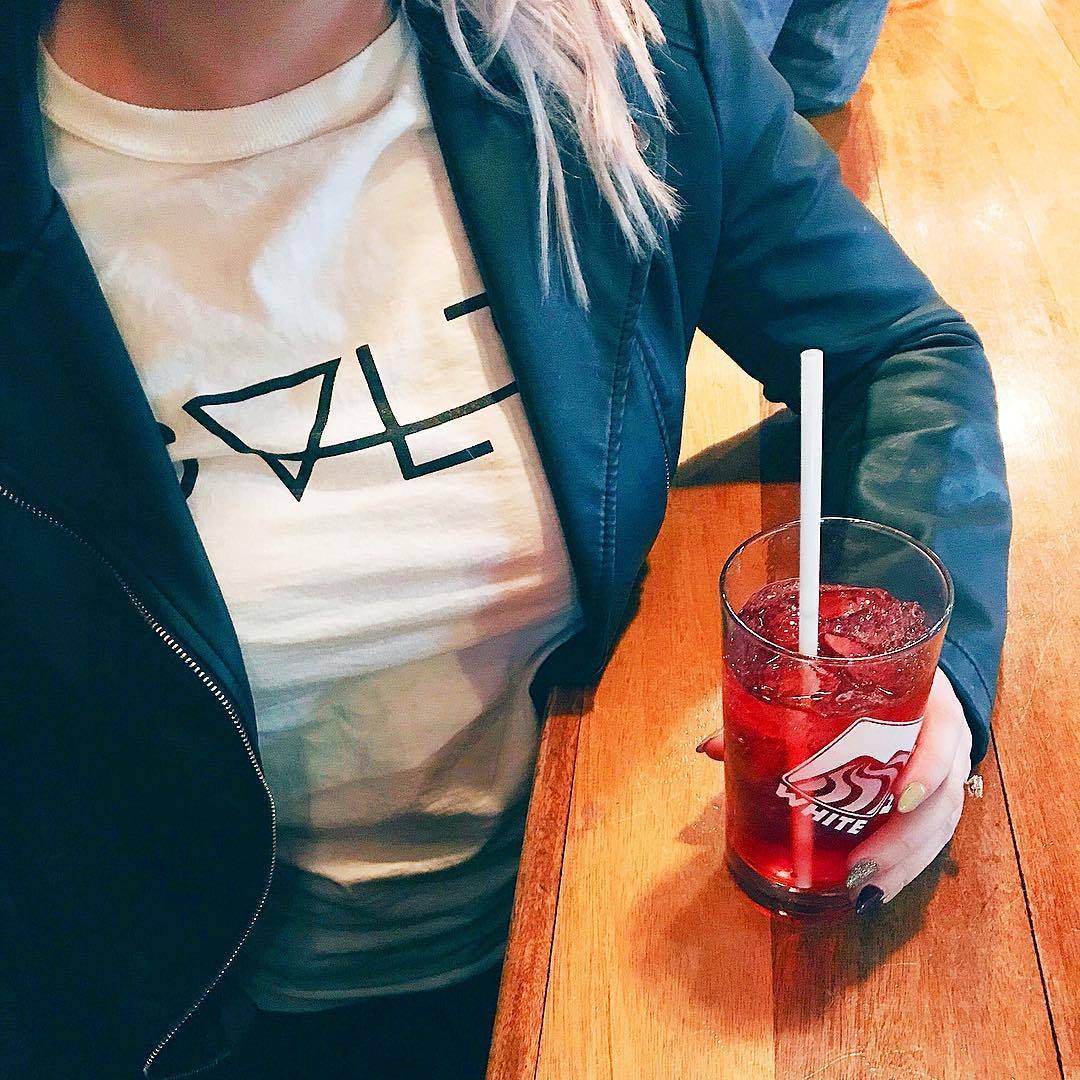 30-something travel enthusiast finding the joy in my own corner of the world. Obsessed with finding a great deal, HGTV and glowy skin. I never turn down a bread bowl. read more

This error message is only visible to WordPress admins

Make sure this account has posts available on instagram.com.

We use cookies to ensure that we give you the best experience on our website. If you continue to use this site we will assume that you are happy with it.OkNoRead more